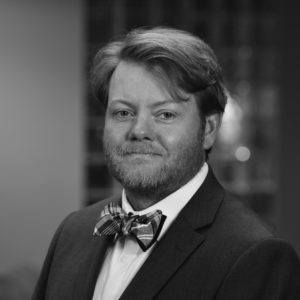 Louis Shea Hill is the third-eldest child of Louis Fors Hill, and great-great-grandson of James Jerome Hill, Jr., founder of the Great Northern Railway. He is both a Member and a Director of the Grotto Foundation. He has also served as Second Vice President of the Board. An avid sailor, he was the 2000 National C-Scow Sailing Association (NCSSA) Points Champion Crew and 1999 Inland Lakes Yachting Association (ILYA) Champion Crew for Class C-Scow Sailboats. Lou continues to volunteer his time and talents on the National Ski Patrol at Welch Village, Minnesota, a position he has held since 1999. In the past (1994-1998), he was a volunteer firefighter and Emergency Medical Technician (EMT) for Hampton Falls Fire Department in New Hampshire. Mr. Hill lives in Minneapolis with his wife Kimberly, and daughters Hailey Marie and Nevis Johanna.